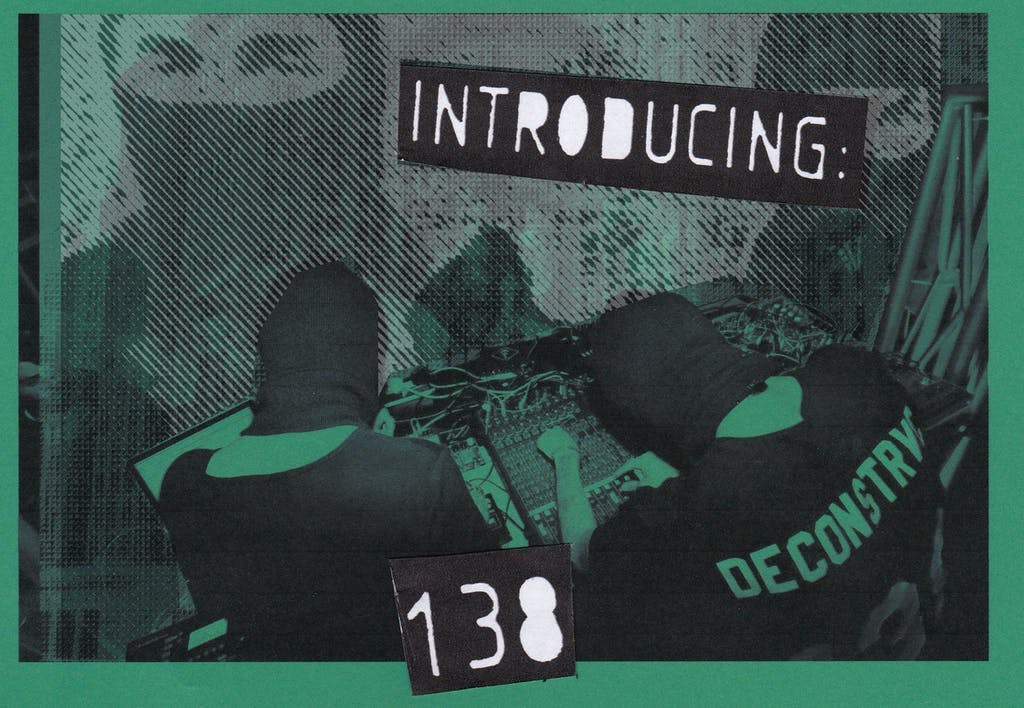 This Sunday 24th January, Jaded reopens for 2016 with the UK debut of 138, the duo behind TXTRL. Whilst their sound evokes the all presence and power of their LA heritage, it has a raw and energetic spirit all of its own. We caught up with Nathan and Billy to find out more…

Billy and Nathan, thanks for taking time out to chat to us ahead of your next European tour. The legend of you two first reached our Jaded ears following Katharsis and what was by all accounts a mind-bending party – can you tell us more about what went down – will you be returning this year? For your fans who’ll be hearing you play on UK soil for the first time, can you tell us the story of how you first started producing and performing together?

B: The way we met was actually through music; I was in a hardcore/punk band in high school and I was starting a sludge/grind band with my drummer. He told me he knew of a guitarist that liked all the same music as I did and that he wanted to jam with us. Our first band practice was the first time I met nathan. Months later we went to our first “rave” together and it began to escalate from there.

N: Katharsis was insanity, brilliant insanity. We had never played to such a big audience. Billy and I will be the only ones to know what really went down behind the scenes during our set at Katharsis… Besides the winter tour that’s just about underway, we may or may not be back overseas during the months of May/June… Yes, the way we met was through music. Raw, hard, fast, blaring music. And I guess you can say we’ve kept it like that, just in techno form. Although, we are now beginning to take a different approach to our music, or at least we are trying to.

How about the rest of the TXTRL crew, how has your label and movement developed since 2012? Tell us about your influences and inspirations.

N: Well, in 2012, it was only an idea. We hadn’t put out any music until 2014 with our first record/ep. TXTRL has always been about the DIY ethic. Our best friends, Josh Wilmarth and Kyle Galindo, are also behind the label’s vision. I believe we are all on the same page and have the same vision we want to present. Josh does all the visuals/videos, and Kyle helps with the artwork/visions and pushing the label’s aesthetic. Punk and simplicity will always be our main influences.

B: Well said. I think this label will always be our outlet not only to showcase our music but our ideas & moods in general; whether it is our own music or artist we can relate to. We dont see this label being tied down to one specific sound; it is about pushing our vision and having people feel the attitude behind the projects through the artwork and of course the music.When we met we were mainly listening to Hardcore/Punk music and its almost like we graduated and started fucking with more grind, 90’s crust punk and alot of the stoner shit simultanously – Dystopia, Converge, Sleep, and Electric Wizard. Its those sounds that made making distorted Techno somehwhat of a natural thing to us.

My obvious influences when it comes to Techno – Jeff Mills, Surgeon, Regis, Paul Birken, Rob Hood. Personally I am highly influenced by alot of early Chicago Ghetto House/Hard House stuff as well as Detroit Electro and Booty music. Music about smoking weed, big butts and all things provacative pretty much sums it up for me. One of my idols is David Bowie and I listen to Future on a daily basis.

You’ve been throwing some serious parties in your home city, could you describe the scene? Where should we head to find LA’s seedy underbelly..? Good bets for dancing, eating, record shopping and analogue gear?

B: I think we have a small, very tight knit scene; it’s a lot more condensed when compared to overseas. But in a way it is good. Droid Behaviour is definitely responsible for building somewhat of a mini techno empire here in Los Angeles, and more specifically the San Gabriel Valley. Since most parties here in LA have to be illegal you can be certain the Droids will deliver something special. As far as gear goes I think we both pretty much spend most our money at Analogue Haven. Record store – Mount Analogue. We live about 30 minutes from downtown LA in a town called Whittier – luckily most of my favorite food joints are pretty local. Four Bricks Restaurant, Azabu Sushi, Izakaya Honda-Ya, and when it comes to tacos I prefer to hit the dodgy cuts of Los Angeles.

N: I’ll agree with what Billy said, but I can tell you a thing or two about dancing. You can catch me at a small venue called Complex. That’s the spot when it comes to club nights. Droid Behaviour and some other techno crews throw some solid parties there. It’s in a city called Glendale, which is about 10-15 minutes from Downtown LA. They’ve got a great sound system there, Function One, and a great beer selection to compliment it.

Sounds like our kind of place. Finally, could you tell us what’s next for you guys and for TXTRL? Do you have a warning for the children of Jaded ahead of your set on 24th..?

N: We’ve wrapped up our 3 tracker EP for TXTRL and we are currently waiting on a remix from another duo, who are a couple of gentlemen. Warning? Naw, not at all. Come say hello, introduce yourself. Let’s be friends. But, most importantly, let’s dance and have fun.

B: Also look out for a few digital releases in the coming months. First up will be our mate Casper Hastings from Ireland w/ remixes by Nathan’s solo project and a smashing remix by Interferon.

Thanks Nathan and Billy, excellent warning!

138 will play a 2 hour live set for Jaded alongside Raymundo Rodriguez, Chris Stanford and The Subterrain crew (Ronin, Ainsley x Doppelate, Asuka, Cv4) this Sunday at Corsica Studios. Get your name on the guest list and check out the timetable here .