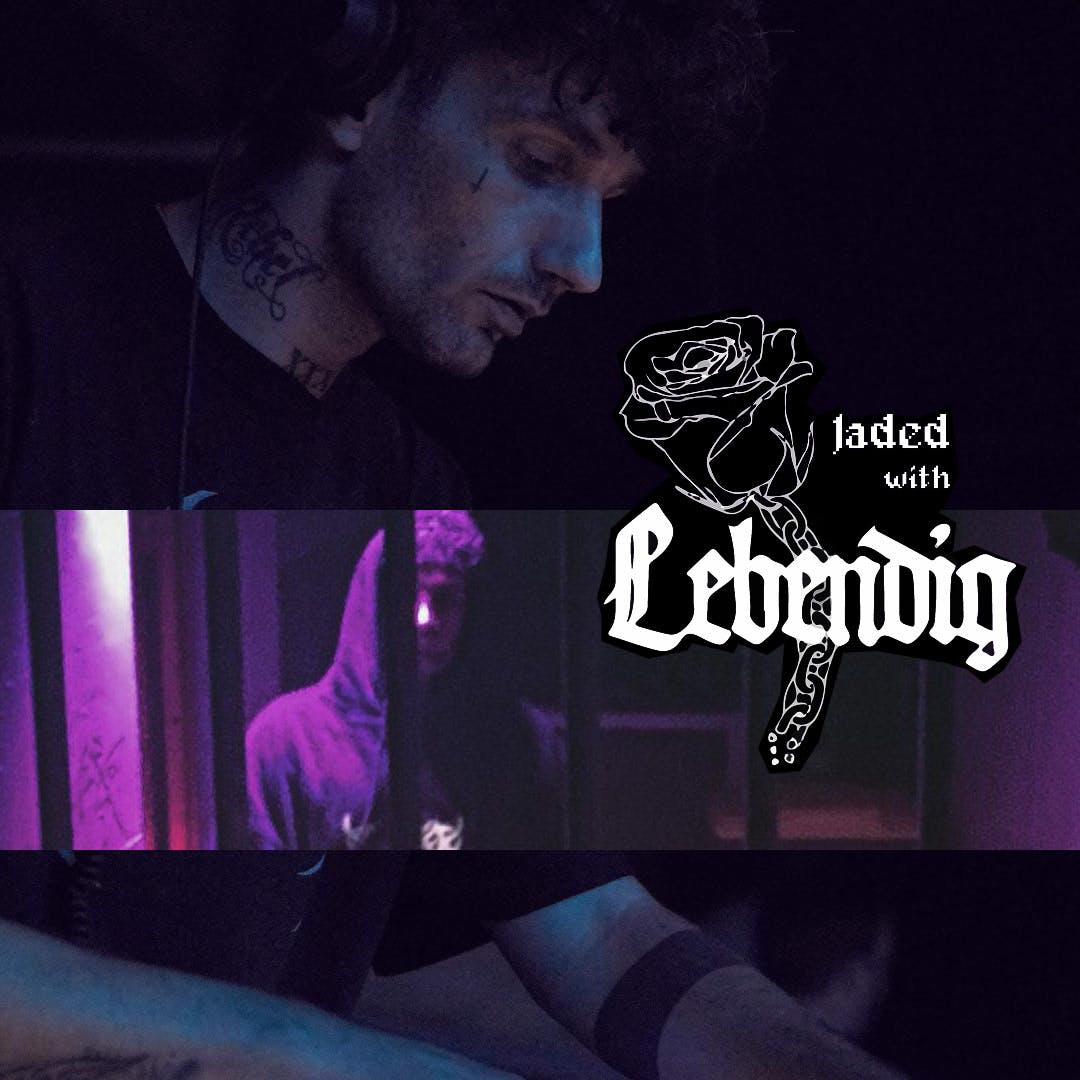 Children Of Jaded, prepare for spine-tingling, sweat-drenched frenzy of horror & delight. Echoes Of October and Inhalt Der Nacht, co-creators of one of the most spellbinding EBM / Industrial movements of the day take over Jaded for 6 full hours. We caught up with Echoes Of October ahead of his and Lebendig’s UK debut…

Hi Ben! Weʼre beyond excited to host your UK debut at Jaded this Sunday. We were thrilled to hear your vocals on Die Liebe. Can you tell us more about your journey from performing in the bands of your youth into techno?

Hi. Iʼm thrilled to have my debut at Jaded as well. I heard a lot of good things and Iʼm really looking forward to you all. Well, I started to make music, when I was 13 years old. I played guitar in several bands and later I was the front man of a New School Hardcore & Metal band for a couple of years. When I turned 18 it was a time when Hardtechno & Acid had a huge popularity in Germany. This kind of electronic music has a lot of parallels to to Hardcore & Metal. In the shelter where our band had a room to practice & record, there were also a few rooms with groups making techno. In 1999 my band broke up and everybody has gone his own way. I started Djing at the same time. I still try to always flow in my roots into my actual productions & dj sets.

How did you and Inhalt Der Nacht get together to form Lebendig. Whatʼs the best thing about being label partners in crime?

To be honest: We didnʼt have any plan of founding a label in the beginning. Our first collaboration „Fleischleben“ is the result of an after hour. The vibe and the work flow with Inhalt der Nacht is just perfect for me. Itʼs easy and always fun to work with him. Also Iʼm very thankful to found one of my best friends in him. We have similar visions & goals – dominate the world, haha.

It looks like 2018 has been a crazy year for you, can you share some highlights? How do you measure your success these days?

Yes, 2018 was definitely great. I donʼt know where to start and finish. There were a lot of magic moments on our label nights. Iʼm really proud of my crew (Inhalt der Nacht, the young and very talented live act Peryl & new member Tham who is one half behind the SYNOID events at Griessmühle Berlin). Other highlights were to see so many great artists playing & supporting our music. A big thanks to Dax J, Rebekah, Paula Temple, Remco Beekwilder, Kobosil, Anetha, Thomas P. Heckmann just to name a few. We really appreciate that. I donʼt want to measure success, because it isnʼt and it wonʼt be the main reason of making music for me.

We were thrilled to see the RVV Podcast released earlier this week. Do you and Christoph have a secret energy source for those endless B2B moments?

Yes. Every time we play together, we love it more and more. Itʼs a really special energy. I hope we will more often have the possibility to share this with other people.

Finally, what we expect from your takeover this Sunday? Do you have a warning for the children of Jaded?

No warning, just one thing: Life begins at 140bpm!

Thank you Ben, Children Of Jaded, be ready!

Check out the timetable, grab £10 tickets or get on the guest list