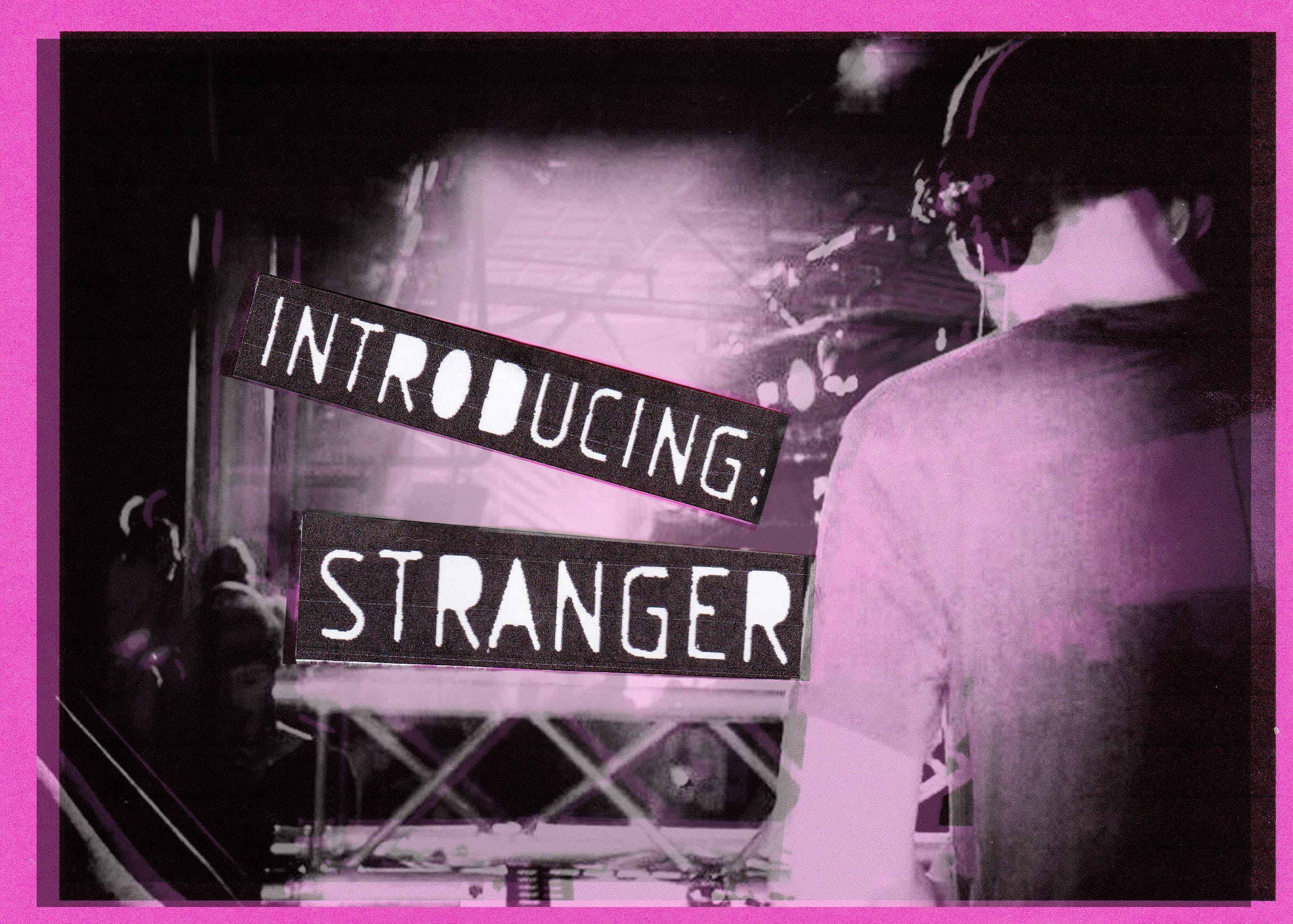 This Sunday at Jaded, we’re celebrating the latest release on Monnom Black with a morning of extended play from Dax J and Stranger. This will be the first time playing in the UK for Stranger, and we’re anticipating a 90s rave tinged daytime techno masterclass from our heroes! We caught up with the artist Dax has been seriously bigging up to find out more about his journey so far.

Hey Mitchel, thanks for taking time out to chat to us ahead of a busy weekend in Germany followed by your London debut! We wanted to ask you firstly about your label, Self Reflektion. Can you tell us about your motives in setting it up?

I’ve been really shy to send music out to other people, even when I first started making music back in early 2000’s. The first thing I did before I could even make a decent track was starting my own netlabel/trackergroup so that I wouldn’t have someone else deciding over my music. So having full control over the concept of the label is definitely been a motive for me to do things on my own.

At the time I started Self Reflektion, I definitely felt the urge to contribute my share to the local techno scene, and I still feel the same way. I definitely look up to people such as Bas Mooy or Speedy J who have been around for ages obviously and are still doing alot to make something out of the local scene, but I can mention names for two days straight of people I respect because they do something to make the music live around here. It was definitely a motive for me to start this label, I wanted either to be someone making a difference as well or to be a music lover, but nothing in between.

How did you discover your label mates?

Either I already knew them and asked for music or Soundcloud. I always liked to sit behind my computer browsing Discogs for hours just reading about artists and labels, and the same goes for discovering new music on Soundcloud; just by looking at users that share similar taste and seeing what they were reposting I found Herman Gonzalez and instantly fell in love with the track that became the A1 track on REFLEKT003. Same goes for Hiroaki Iizuka, who I knew from his past productions on Theory and several other labels. Remco Beekwilder I think also came along this way. It’s different for my partner from Paling Trax Lenson, who lives in Rotterdam as well. I met him during a concert of Jan Smit (for those who know)…

Mate Panic’s art for the label is glorious, how do you decide on the theme for each release?

I’m not really into visual art myself but when I first saw a work from him I was just overwhelmed. I’m really thankful im able to collaborate on the label artwork with such an extraordinary artist since the label started! The themes accidentally come to life most of the time, I think the techno sound I’m aiming at with the label just matches really well with his drawings. I think he’s just as much a part of the artists as the producers are.

You are celebrating the release of your Highest Sense EP with us at Jaded which Dax is putting out on Monnom Black. What’s it like to DJ and work together?

It’s going to be the first time DJ’ing together actually! Dax has really surprised me alot over the past year with his choice in records during his sets, but I was even more impressed with the productions he had been putting out on Monnom Black. We came to talk somewhere along the way, and it didn’t take long before we started working towards a stranger EP for his label. His patience and ongoing support means alot to me and I’m looking forward to working together much more this year! We both share similar taste in oldschool techno/jungle/rave vibes while playing completely different records during our sets. So I’m looking forward to see how we connect during a dj-set. With Jaded being the first night where we’ll be meeting up, I have invited him to Rotterdam in March where we will be playing together, solo, b2b on and off… Exciting stuff!

You’ve both just been announced for Awakenings and you played Gashouder on New Years Day. Can you tell us about the experience?

The Gashouder venue was a special place for me as a visitor, where I met some of my best friends and during my visits to the numerous Awakenings weekenders over the past few years. So it probably speaks for itself that i was nervous as hell… But it was an amazing experience. To play at Awakenings is something i would never have dreamed off, especially not this early in my career. For me they have proven more than ever that they still stand tall after all those years. Not just in their shows or production, but in supporting the local techno scene guiding young producers and providing a stage for debutants.

Your love of 90s Rave is reflected in your Warehouse Memoires EP, we understand you made the track whilst living in disused warehouse; tell us more about that period…

It was the most intense time I’ve experienced. At time of writing all of that stuff for my first release as well as writing the music for the release, I was definitely full of inspiration from all that I saw and heard while living there. And obviously I was enjoying all of the space I was able to use while living there. But just like my girlfriend felt earlier on already, in the end I started to feel more and more isolated being the only one living in the area. I worked day and night on music and with few people attempting to intrude my home, truck drivers sleeping in front of the house and illegal raves being held in warehouses like the one attached to my living space… I felt like I was slightly moving towards paranoia. When listening back to the tracks I made there I hear a huge difference between my euphoric moments (like when I did Picklehead) and moments of anxiousness (the original mix on Warehouse Memoires). And since I’ve started living in the ghetto streets of Southside Rotterdam, my sound has definitely developed to be ghetto booty-proof!
[youtube https://www.youtube.com/watch?v=Chc1b543szw]

Finally we’re thrilled to be hosting your UK debut this Sunday. Do you have a warning for the children of Jaded..?

A warning? Yeah if you ever get the chance to live in an empty warehouse in Rotterdam make it quick and get the best out of it musically, hah! I’m looking forward alot to visit London for the first time and we’re going to make it a morning to remember. Thanks for having me and see you on Sunday.

Dax J and Stranger will play Jaded this Sunday morning. Get on the list and check out the timetable here.