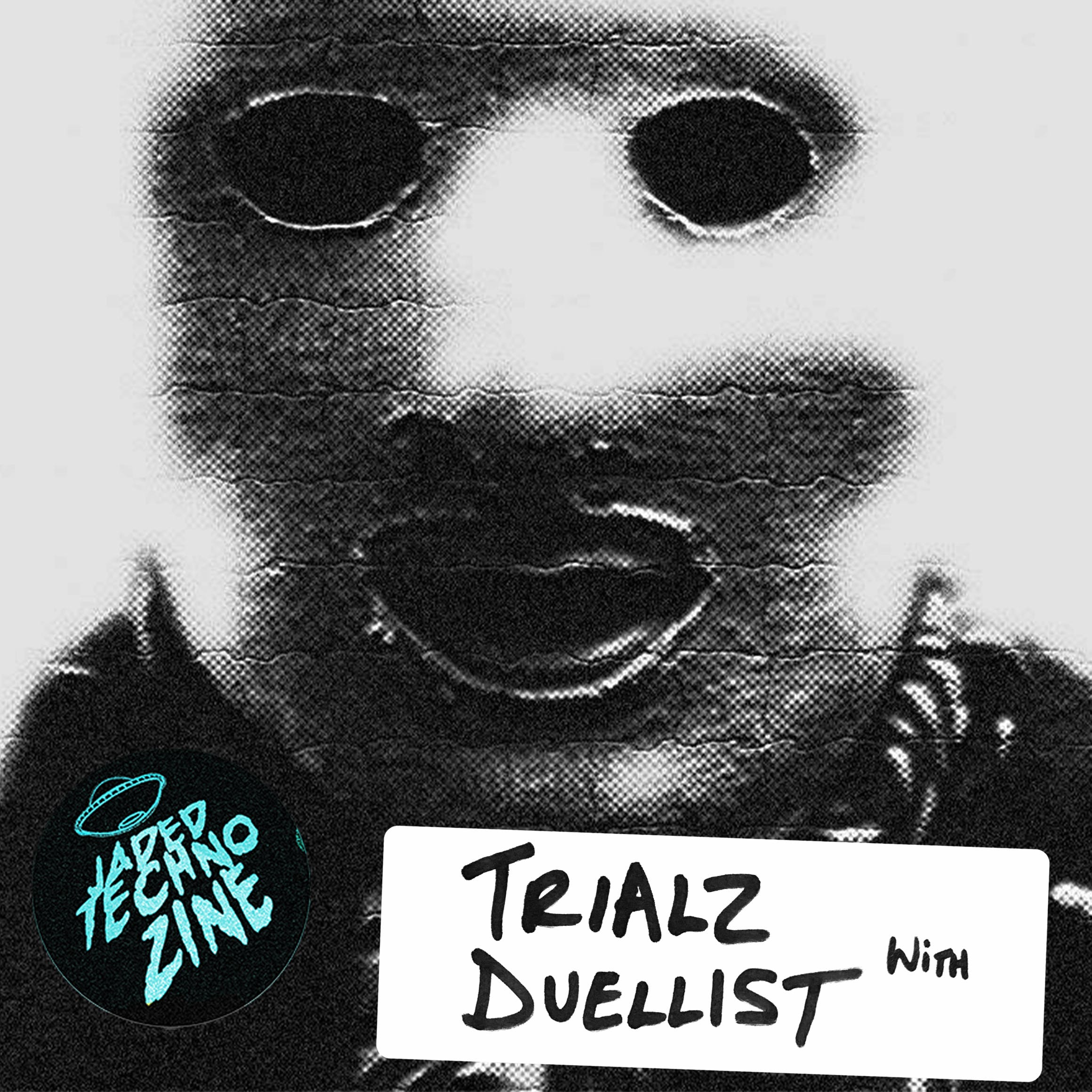 Technozine is hyped to present the premiere of Kaylah’s track ‘Blue Mitsubishi’ forthcoming on his new Trialz EP – ‘Too Old To Die Young.’ As you’d expect from 2020’s fiercest up and comer, it’s a banger all the way through, bolstered by savage remixes from Kenny Campbell and Distra. We caught up with Trialz co-founder Duellist to find out how Kaylah caught his ear and what’s going on for the label.

Trialz01 ‘Anomaly Of A Broken Structure’ seems to set out the mission and tone of the label, particularly with the track from you and (co-founder) Axel. Did you achieve all you were hoping for with that first release and how difficult was it to bring all your chosen artists together?

It was really interesting how everything came together for the label’s 1st release, as Axel being the owner of Mindcut and knowing so many talented artists the challenge was to set out to have something completely different. What I really enjoyed about setting up this V.A compilation (apart from getting to hear a lot of amazing music) is that it gave the label the opportunity to showcase a whole range of music as we wanted people to enjoy it in its complete entirety.

Kaylah’s ‘Too Old To Die Young’ is such a killer release all the way through. Kenny Campbell, Distra and Kaylah complementing each other brilliantly. Tell us about your connections with the guys?

Yeah, this e.p is killer and I can see all tracks getting a lot of play out. I’ve known Kaylah the shortest amount of time out of the 3 artists, but I have been watched him go from strength to strength, so it was a no-brainer to reach out to him and get him involved in the label. What is refreshing is that dealing with him has been very easy – some artists that start to get some traction get a bit of an ego but he seems to be keeping it real and not getting carried away.

With Kenny, I got to know him through the scene up in Scotland, it started off with us both supporting what each other on what we were doing online and then just snowballed into working with each other on various projects, we just finished a track the other day that will be coming out on Scuderia.

Distra, I got to know through Variance Records and he has to be one of my top 3 favorite artists and it has been amazing that I’ve had the opportunity to play on the same line up each time I’ve been on tour in Japan, his live sets are probably one of the best that I’ve seen.

What’s next for Trialz and how do you feel about the energy of techno especially in the UK in 2020?

The schedule for Trialz is already full for this year and there are some amazing artists releasing with us that I’m really looking forward too. The next goal is to have the label though of in the same way as another label I respect such as Green Fetish and OBSCUUR.

I’m loving the vibe around the Techno at the moment I really feel that it has a similar feel of how the punk movement was in the 70s. When performing or going to a gig I notice that the people there are really interested in going to seeing the acts rather than just going to get wasted. It’s also good to see in the UK that promoters are trying to focus more on local or homegrown talent as for too long promoters have focussed on bringing international acts over but now we have a real chance to create our own scene again.