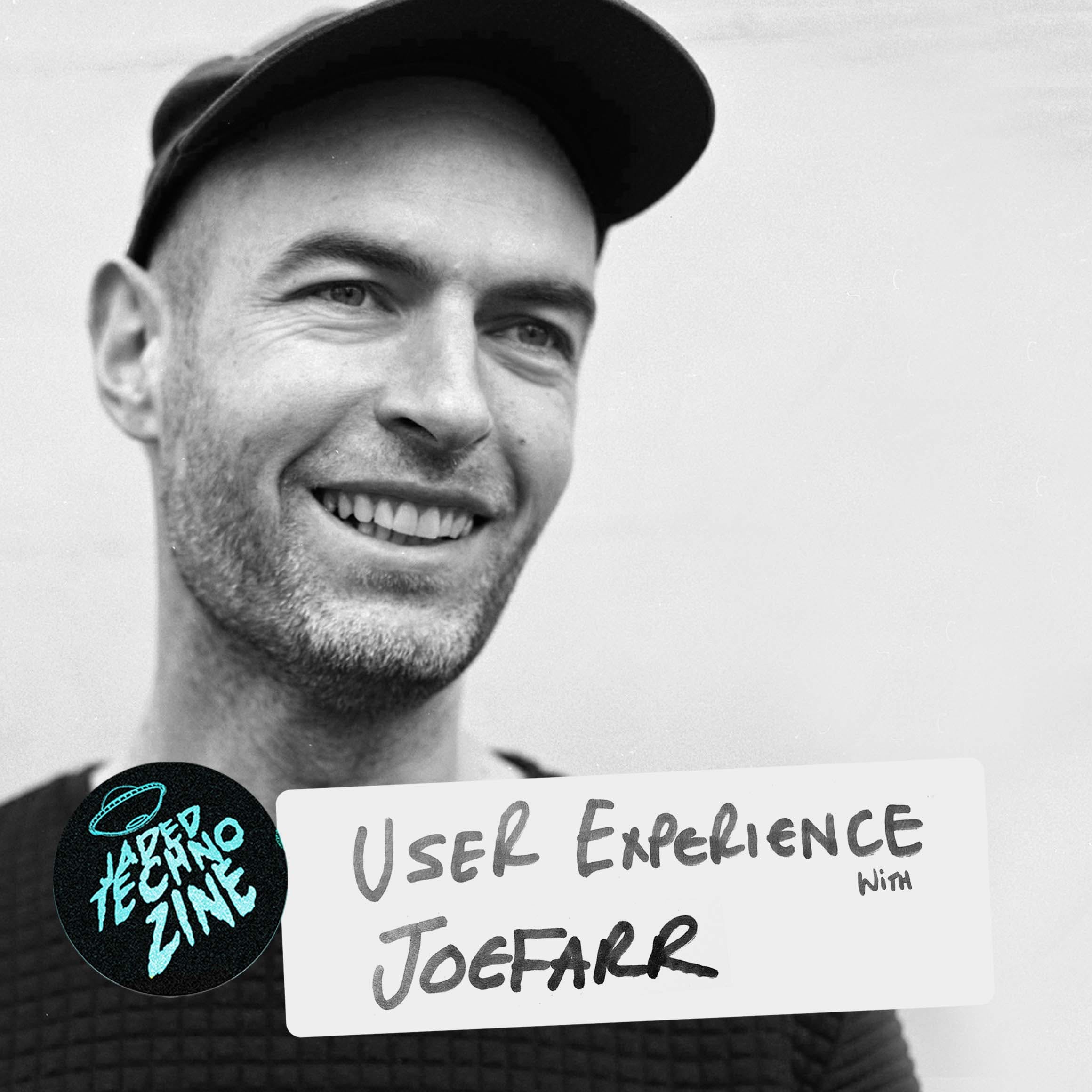 One of the principle characters of the modern day techno movement, the UK’s Joefarr has many strings to his bow. Respected for his track mastering skills as well as his djing and music output, we caught up with him to talk about his record label User Experience.

Hey Joe, thanks for taking the time to talk to us, did you have a particular idea of the kind of music you wanted to put out via UX when you started the label? or was it a no holds barred type of situation?

Thank you for having me. UX is dance floor focussed but it has to have an edge that I connect with. It’s hard to explain what that might be as it differs from track to track but that little something that grabs my attention and sparks my interest. Thinking whilst I am typing… I guess character and personality which are hard to achieve in a world of techno that is saturated and everything has been done to death already.

We saw that not so long ago you put out a kind of open casting call for producers to send you their material with the outcome of them possibly getting signed, can you tell us a bit about the response and would you do it again?

Well I am always open to demos, so that’s ongoing. I get about 20 demo’s a week.. the last one I signed was CTSD. I also started a new label called DMMT so I got a fair few demo’s for that at the start.. I’ve signed 4 artists so far, 2 of those were from demo’s being sent in and the others are people I know already.

Can you tell us a bit about the most recent releases on the label?

JF: That will be a single from me ‘ Intervention ‘, the 5 tracker from 6SISS and the 3 tracker from CTSD. My single is an old track that has been doing the rounds for a while but I no label would sign it so I put it out myself. The 6SISS 5 tracker is very captivating and deep whilst still rolling along at full power. The CTSD release is a really nice balance of great sound design and heaviness.

And are there any label projects you can tell us about that are coming up and any in the pipeline for when we all come out of lockdown?

The mighty Helrad is doing the next release so keep an eye out for that one, then the French madmen – Ekors. Loads of music from me in the pipeline. A fair few remix’s coming, one track for a VA.. Oh and I have a mix coming up to promote my Elements release.