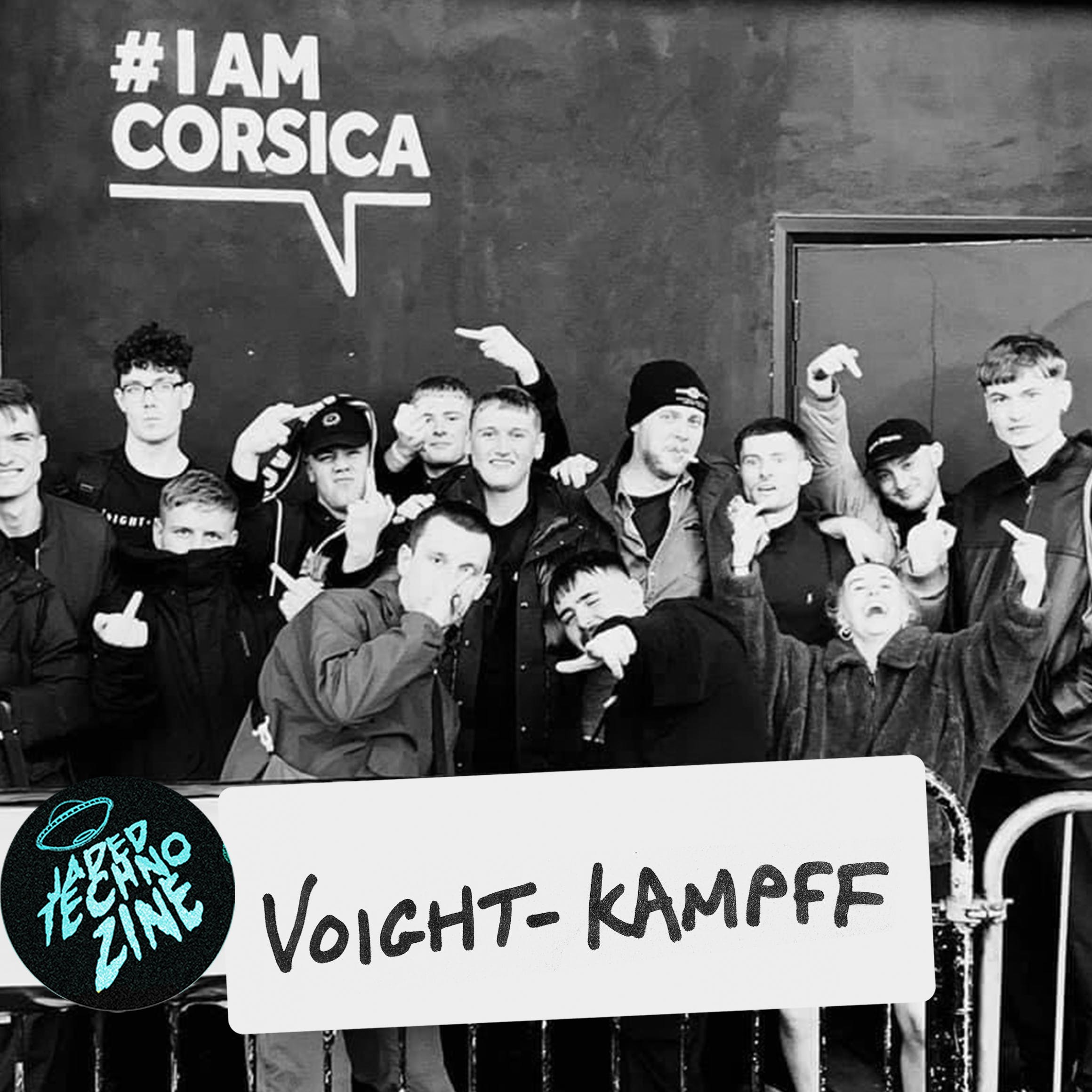 They’re the trailblazing young Glaswegian collective who have dominated and inspired the scene since 2018. We just had to ask a few burning questions for Issue 02 of the Technozine…

Hey guys, Congrats on the Voight-Kampff VA 02. It’s great so see so many fantastic artists breaking ground on this monster of a release! Can you introduce yourselves to our readers?

The group consists of:

How has the ethos of VK evolved since you founded it in 2018? How influenced were you by what was going on at the time in Glasgow?

We don’t really think much has changed within our ethos except that we’re all into faster music now. The Glasgow scene is improving but at the time when we made VK, it was all about making the Glasgow scene better for us and anyone who liked harder music – and we’re still keeping the same mindset.

Starting out were there any rookie mistakes or pitfalls you’d like to go back and warn your former selves of?

We think we had the right idea at the start, but we were limited because we couldn’t get a space to do our club nights due to clubs not replying/being out of our budget. If we just had a space to throw our club nights, we would’ve had a lot more success locally but it took us so long to build that local recognition up. We’d probably go back and be a bit more organised in terms of how we approached our label so we could be consistently banging out releases month by month.

Can you tell us about some of your greatest highs of the VK journey so far? Can you pick out 3 key tracks that have been pivotal to your sound and success?

We think the first VK night has to be our first experience. Myler was the person we wanted to book from the very start and it went down really well, it was our busiest night to date.

Secondly, we’ve gotta say our first full takeover at Jaded. The amazing weather in London set the tone for that weekend and the quality of the music being played took it even further. Everyone was smashing it – even the crowd – and it is a day that will always stick with us.

For the third high, it has to be Dyen – The Aftermath. It was an amazing feeling going on facebook, insta etc. and seeing someone playing it almost every week. Definitely one of the biggest bangers of the year and the biggest track from our first VA for sure.

You are a large and talented collective, what is your approach to deciding what to sign – does everyone get a vote, is it a dictatorship? What qualities do you look for in a track or release?

We used to be really bad when it came to the label and deciding which EPs/tracks we wanted on it – lots of arguing and falling out. These days we try to be as fair as possible and hold a majority vote.

We always look for tracks which sound unique and will stick with the listener, something that separates itself from the rest. We always have a sound in mind for the label, but we are always looking for variation since we all have such different music tastes.

What’s next for VK?

We’ll be looking to release our first vinyl EP this year along with getting a lot of the existing EPs we have ready out there. We’re also looking forward to getting back to doing club nights in Glasgow as soon as we can.