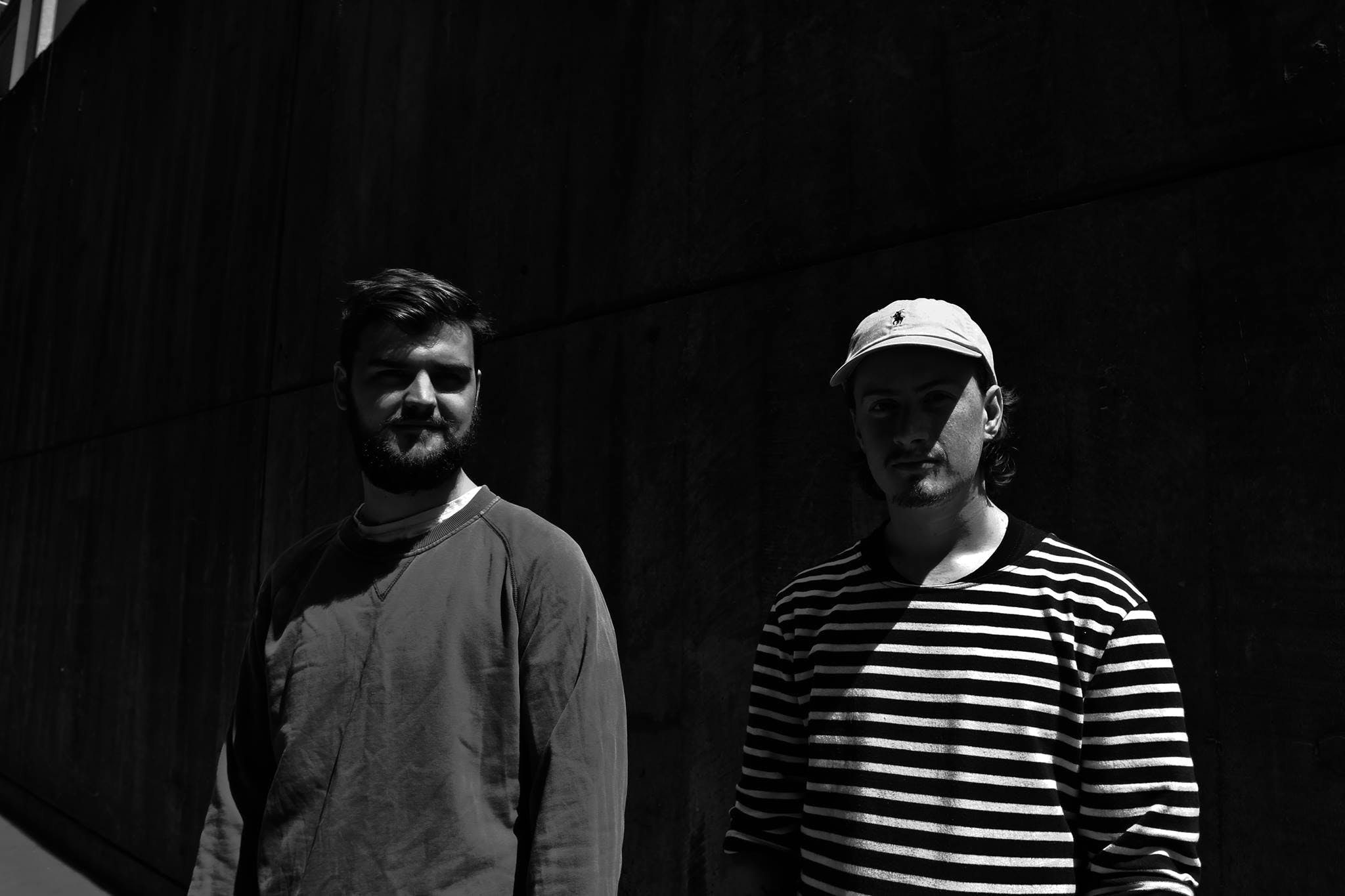 This Sunday May 1st, S.L.A.M. will take over Jaded. We grabbed a pre-apocalyptic 5 mins with local heroes, Ansome and Ossian…

Hi Ansome and Ossian! Thanks for letting us host the second invasion of S.L.A.M. at the South London techno temple that is Corsica Studios. Tell us about your ties to South London.

Ansome & Ossian – Thanks for having us, it’s a pleasure to return to Jaded. There have been so many great techno events at Corsica this year, it’s great to be involved and we hope each S.L.A.M. take over brings something new and is better than the last.

We met studying at London South Bank and both lived in Brixton so we’ve had the last 3 years here. It’s easy to spend a lot of time in Brixton, good food, skateparks, basketball courts, nice parks and it’s got a community vibe that a lot of places in London don’t have … and now thanks to the Container records a good record shop close by, go check it out if you’re in the area.

We’re all familiar with the inimitable sound of S.L.A.M., but it would be great to know more about its origins. How did you two come together working and forming the label? Can you name some of your strongest influences and inspirations?

Ansome – I started the label with Catch as we wanted to put out some heavy records that didn’t have at home at the time.

Ossian – Kieran is the one that got me listening to techno and I wanted to get involved in a label so I offered to help with S.L.A.M. just after the 1st release.

Ansome – As we studied at uni together and like similar music it was a logical choice and works very well and Catch ended up moving to Berlin. I’m also quite busy atm giging and being lazy so Ossian really keeps stuff running. So many influences it’s difficult to name drop but we just wanted to push the limits with the harder sound of techno and open up the idea of putting out some really crazy shit.

Ossian – Yea we are both pretty chilled and don’t take things too seriously so it’s a very straightforward dynamic, which is great most of the time except when you need to get shit done, but that is something we are getting better at (maybe).

From the start we both wanted to make sure that every aspect is as good as it can be, that the music standard never drops and that the look of label and the quality of the merch is always the best. So in terms of label inspirations anyone that has been doing that for a long time, techno or not, we have a lot of respect for. But we want to keep doing things our own way, we have loads of releases lined up now so very exited to see how the label grows.

Who makes the apocalyptic sleeve art?

Ansome – We basically just steal some really cool images and I’ll mess with them on photoshop. We let the artists choose what they want. It’s probably not okay to do this but as its vinyl only limited press it seems to not attract much attention, yet.

Ossian – Choose what they want to a certain degree, it’s definitely a collaboration between us an the artists, most of the time they get the aesthetics of the label but we have had a few funny ones we’ve had to say no to.

We’re pretty excited that you’ll finally be playing live on stage together at Jaded. Ossian, what’s the balance between what’s planned and improvised when you’re on stage?

Ossian – It’s all improvised, imagine a live improv jazz duo except not as cool, and neither of us can play an instrument. When we first started out we tried a few times to pre plan bits but it never works out happening like you plan it and you end being a bit disappointed. Also with gear constantly changing we just decide before the gig who is going to focus on what an we have the freedom to switch around during the performance, so we don’t practice the set together we just turn up and do it, for me it works out much better when your not thinking about how you should be doing it and let the unconscious do its thing. Some bits might be a bit pants but then when it all comes together it’s better, thats the fun about it being live and we have a similar philosophy to live performance so it works well.

Kieran, tell us a bit more about the live set you developed with DeFeKT after unexpectedly sharing his gear and the stage last time at Jaded?

Ansome – no idea how this happened but we just started playing together and it really works. But make such different music but perform in a similar style so it just seemed to click. Also both being solo performers it’s a breath of fresh air having some one to share the load. Allows for me time to get creative. So yeah the last Jaded I just returned from a 2 day bender in Budapest and found out my flat had been flooded, most of my gear was underwater apart from my drum machines in my waterproof Pelli case floating on the surface, defekt came to the rescue with his modular and we jammed it out together.

Final question – do you have a warning for the children of Jaded ahead of Sunday?

Thanks you two, see you for breakfast. Jaded children, brace yourselves!

Ansome and Ossian will play live and dj sets this Sunday alongside Myler and Keepsakes with almost the entire Pls.UK crew taking over room 2: Harbot, Hono, Anthro live, Danilo Incorvaia, Curled and Küetzal.

Check out the full timetable. Get tickets or add your name to the cheaplist.