Warning: Line Up Announced For Five Jaded Years at C/S. 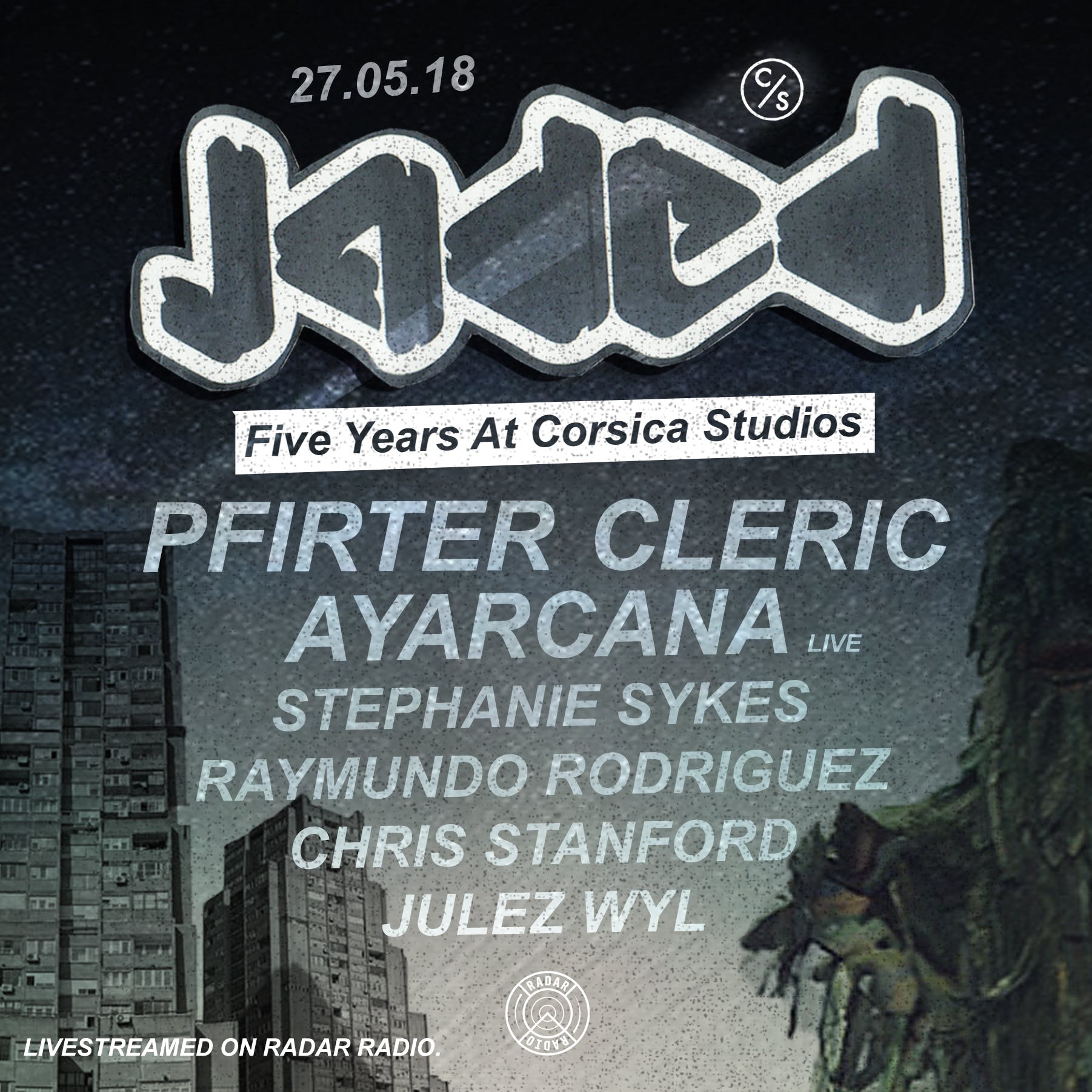 On Sunday 27th May, Jaded celebrates 5 years at Corsica Studios with a party that eyes the trip so far, as well as future-techno adventures to come.

First up, head of C L E R G Y and sister label Projekts, Cleric. His mythical status at C/S arises from an incredible NYD 2017 with Dax J, and his two unforgettable label parties. It’s been too long, and we’re so excited to hear from one of the most powerful forces of the scene right now.

With whispers of a new album, there’s no better time to hear from Mindtrip head and Argentinian techno legend – Juan Pablo Pfirter. At once dark and uplifting, old school and fresh; he played one of the most fabled sets on a misty Halloween 2015, and we’ve sought to bring him back for the Room 1 assembly ever since.

Ayarcana makes his live UK debut. One of the most played artists on our dance floor right now, his remixes of The Horrorist’s – Riot and Reveillon’s – Sync are the weapons of today, and we are beyond excited to discover what his live is all about for the first time.

All four room one residents are confirmed for this almighty session: Stephanie Sykes, Chris Stanford, Raymundo Rodriguez and newest recruit Julez Wyl are uniting to make the celebration.

As a final surprise, Jaded will take over Radar Radio for a full live 8 hours. The first time we’ve broadcast from C/S, but in keeping with the club’s history.

Jaded on B Traits for a special Afterhours Mates:
https://www.bbc.co.uk/programmes/p062r2gq